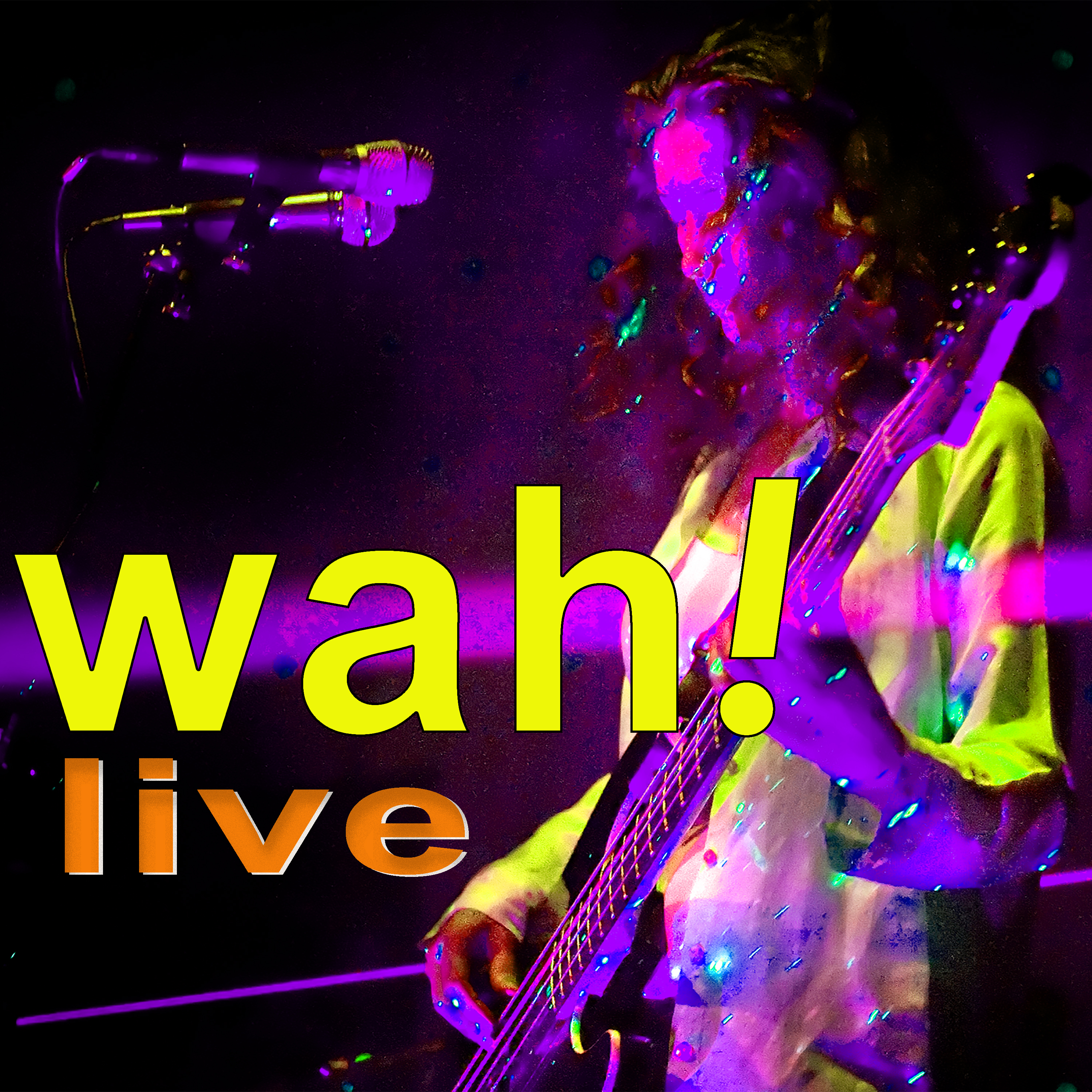 Live performances with her band, Wah! shares mantra, kirtan and celebration.
Wah! performs with her trio – Wah! on bass and vocals, with keyboards and drumkit, delivering upbeat concerts of mantra, call-and-response singing and celebration.

“It’s those rockin’ concerts she’s famous for! Love this CD.”
KENNY B, FAN

The Story Behind Live

I’d like to say I had a lot of great concert recordings to choose from, but that would be a lie. Even though we carried around a multi-track interface and recorded many concerts, there were only a handful of tracks that had sonic magic. Audience magic was always there. Recordings were a different ballgame.

Audience coughing, technical glitches, volume problems, microphone problems. I thought about releasing an album of songs from just one concert but even then there were inadequacies – some songs were too long, not every song was amazing, a solo had a wrong note. So we decided to release one song from eight different towns. These recordings were made from concerts in US and Europe over a period of 8 years.

The tracks capture what I think are our most beautiful moments from touring. I had the privelege of travelling with wonderful musicians – Nat Osborn (keyboards and vocals on NYC Lalitamba, Princeton Heart Sutra, Europe Lokaha), Matthew Martin Kelly (keyboards on Boston Amma) who also recorded and mixed the track Sacred Pulse, joining the band a few years later. There are also local musicians from different countries and towns joining me.

Long before I wrote any books, fans would approach me after the show and say, “I loved the music but I loved what you said even more. It felt like you were talking just to me!” I put a lot of those teachings in my books but I thought I should include some of the banter from the concerts because so many people said they liked it. What I say during a concert has more to do with the audience than my agenda. It is just a spontaneous expression.

Some teachers have prepared stories and wisdom talks which they use as they need to. My talks are just kind of like sharing life and yogic wisdom as it relates to what’s happening in the world and in our lives in the moment. I hope you enjoy the short talks we included in Princeton Heart Sutra and Boston Amma.

Touring has been a great joy of my life. There are aspects of me that can only come alive with a band, an audience and a bass guitar in my hand. I feel lucky to have had so many years to tour and expand my music in this way.

I now play kirtan in small yoga centers, after yoga class, for yoga teacher training – just me and the harmonium with a few bells or a drum. It’s the original format for kirtan and I enjoy doing it. But when we bring the band together for festivals and larger venues, it is a joy to play together and create mantra-driven music that rocks.