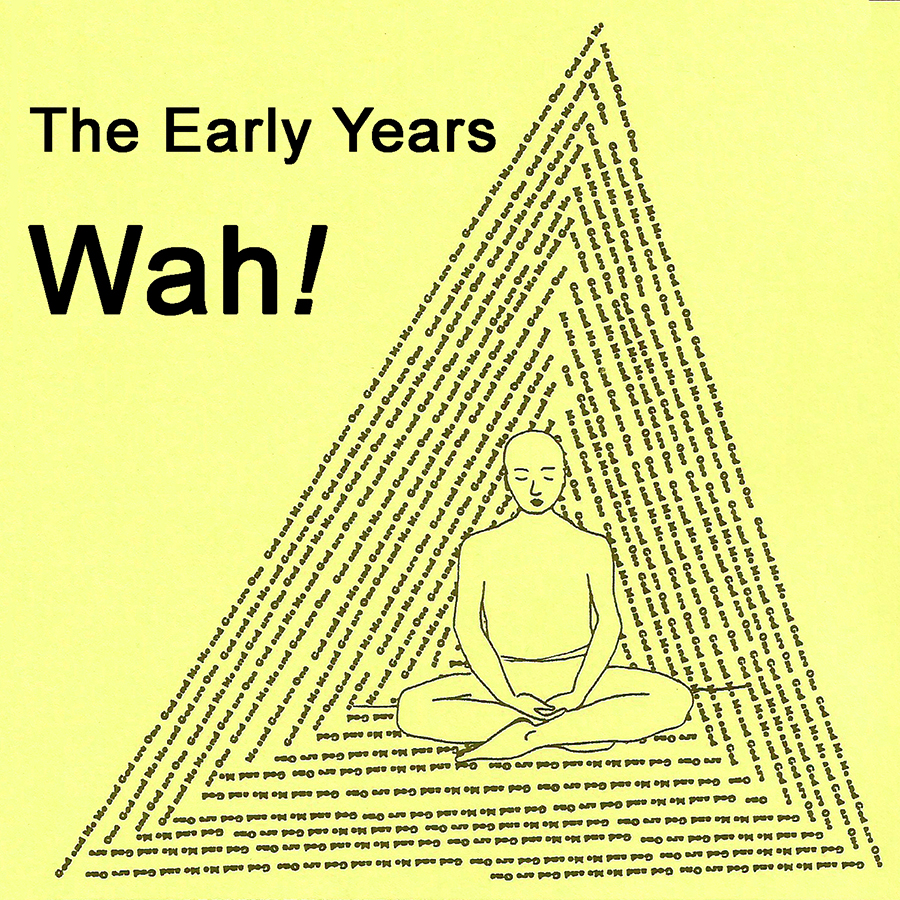 About The Early Years

New The Early Years is a collection of Wah! recordings from the late 1990s. Each track is about 30 minutes long to accompany meditation practice. You can sit in a meditative posture and sing along with these tracks to enjoy a connection to the divine. These mantras are from the Sikh tradition, a religion born of Hindu and Muslim traditions founded by Guru Nanak in 15th century India.

The Story Behind The Early Years

These tracks were unearthed as I looked through master files for digital coding numbers for a different project. As I listened to the recordings, I saw a younger version of myself starting out in the music industry; these were my first attempts at producing tracks for yoga and meditation. I did these songs for myself; I wanted to hear mantra in a way that pleased me and suited my musical style.

Gobinde and Mantra Medley were recorded in a studio and eventually released on the album Transformation. These mixes are 30 minutes long unlike the shorter versions on that album. Kal Akal, Guru Ram Das, Har Hare, Sat Siri, and Ang Sang were recorded live in Espanola, NM by sound engineer Guruka Singh. I used a drum machine and played keyboard chords and bass; Guru Ditta Singh played guitar; I don’t know the name of the lovely female harmony vocalist. SaTaNaMa Waltz was recorded and sung with Simran Kaur and GuruPrem Singh Khalsa, a beautiful married couple who teach yoga and meditation to this day. Ekongkar was recorded in Santa Fe by Greg MCFarland; I don’t remember the names of the musicians. Greg and I went on to create the English Bhajan CD series for the Amma community, beautiful CDs using translations of Amma’s songs sung in original tunes with English lyrics.

I started meditation and yoga as a teenager, moving into a small house in Brooklyn and living with 10 other people sharing pure food, good company, and spiritual practices. In those days, we used kitchen timers to time our meditations and asana practices. I didn’t like being jarred by the beeping at the end of my meditations, so I started making musical mantra tapes to fill the time. When the 30-minute cassette clicked off, my meditation was complete.

This practice continued for many years and I participated in many meditation projects. Sometimes we meditated to celebrate the Full Moon; or the Solstice; someone’s birthday; homework from a group meditation course. I was given a meditation to do daily, repeating my name which was also a mantra: Waheguru means the bliss which comes from going from darkness to light. Wah! is the root of that word and as I found out as I travelled the world, means bliss in almost all languages. In English it translates as “wow!” – it is what you say when you cannot say anything else – when God’s hand is evident, you exclaim Ah! or Wow! or become speechless. A baby is born, the sunset has brilliant colors, you meet a friend unexpectedly, a project is successful… This is the feeling behind that ‘wah’ or wow.

I recorded the tracks Kal Akal, Guru Ram Das, Har Hare, Sat Siri, and Ang Sang in the weeks before I gave birth to my daughter, whom many of you have met (she toured with me for 4 or 5 years). The evening I finished the fifth and final song, I went into labor and the next 3 years were dedicated to raising her. She is now doing medical research at UCLA and on her way to becoming a surgeon. I left the Sikh community soon after these tracks were recorded and never thought I would have reason to share them.

However after 20 years sharing mantra and music, it seems appropriate to share these humble beginnings. My meditative music is a celebration of people coming together to share the practices of mantra, yoga, meditation and divine connection. Thank you for listening, thank you for chanting, for coming to the kirtans, for making this world an amazing place.