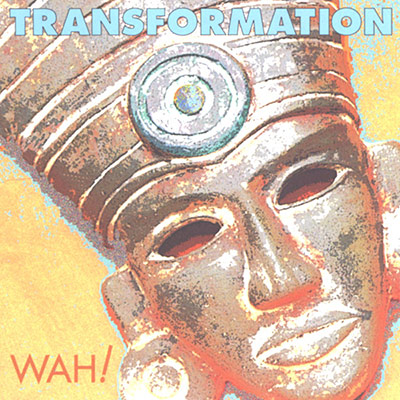 “This songstress has fashioned an album of original– often cosmic– pop music,
highlighted by her comforting, airy, and appealing voice.”
MUSIC CONNECTION MAGAZINE

The Story Behind Transformation

Each rave started out with breathing practice (pranayama), with an appropriately etheric soundtrack. After that, we practiced yoga postures (asana) with more upbeat, rhythmic music. We used specific songs, but there were also long sections of improvisation. Mantras and bhajans were played to tabla and percussive loops. After an hour of yoga practice, all-out dancing seemed like the perfect thing… We played songs like “The Path” and others. After 10 minutes of all-out dancing, we slipped effortlessly into gong relaxation. The event closed with mantra and chanting.

The songs evolved naturally into a CD. I did initial tracking with a tabla player and brought the ADATs into the studio as a template. We added to these tracks using the expertise of MB Gordy (drumkit) and Tal Herzberg (bass). Kirk Margo (guitar) and George Shelby (saxaphone, wind-generated synthesizer) tracked separately, each adding their unique touch. Kirk and I sang background vocals.

My lyrics came from my experience, my questions about being on a spiritual path. I didn’t think about much else, so all my lyrics were about finding God, finding bliss. I was not being edited, and my imagination soared.

I wrote a song about Ammachi. Her public programs included constant chanting and devotional music. I was completely amazed watching Her connect to so many souls. I wrote from Her perspective…(trk 7, Bliss)

I was also intrigued by why people follow spiritual paths. Was it pain or bliss (or both) that drew people to spirituality? What awoke people to an inner quest? (trk 8, Transformation)

What began your transformation?
(Would you do it again?)
Did your circumstances push you over the edge?
No more second chances,
you burned your only bridge
No where to go, you’re suddenly at the precipice…
Leaping is the only way to go, hit or miss.
Good or bad you jump into the abyss.

We tracked onto 2 ADATs. Seva offered to mix it in Knoxville and he went about a complicated and laborious task of transferring the tracks to DA-88, calculating the synch point on each individual track and synchronizing all the tracks together. (Normally, one whole track on an ADAT is devoted to SMPTE code, computer programming that allows all the tracks of music (and film) to synchronize). Doing it by hand was nothing short of heroic.

We mixed to DAT at Southern Studios, using the nightshift hours. For a solid week, we worked from 9 pm to 9 am, in order to have uninterrupted hours in which to work.

Transformation was a seed. A vision of offering light to a mainstream audience. I was not really a record label yet. I was self-publishing a CD of songs, my first effort at producing a band. I just put it out there, and the CD and its songs helped me connect to the world in a spiritual way. I started touring to yoga centers, meeting people in every town who were looking for community and spiritual practice.