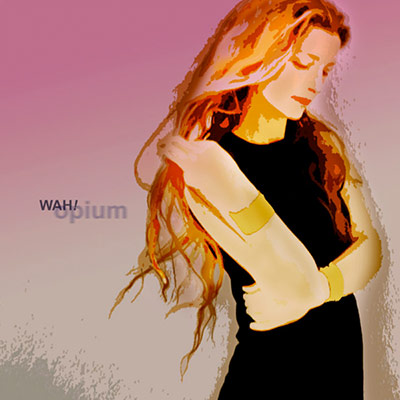 The Story Behind Opium

It was a lifelong dream of mine to create a more mainstream CD. I had written many songs in English about my experiences in meditative life. Herb Graham Jr. and I met in August 2001 and spent about 4 months talking, playing CDs, and discussing the intent of the project…

As it turned out, my knowledge of the music industry and today’s musical trends was limited. I had been listening almost exclusively to world music (Bob Marley, Nusrat Ali Fateh Khan, Bhai Chatter Singh, Jali Musa Jawara) and I had little feel for current pop music. So, we started out by listening to hundreds of contemporary CDs – Sade, No Doubt, U2, PJ Harvey, Jill Scott, India Arie… Herb and I needed a common ground on which to start.

I submitted 40 songs to Herb, and 1 was chosen. I submitted 5 songs, 2 were chosen. I submitted 3 more songs, all were rejected. It was difficult for me to write about my experiences in a way that “everyone” could understand. I was talking about veils of illusion, layers of the onion, missing the chance to evolve… all things which were too obscure for a mainstream audience. “Can’t you just write about your life?” Herb asked. “The people in it, the experiences you’ve had.. Write about it from your perspective in a personal way.” For My Eyes Only was borne from that request. So was Opium Den (a dreamy description of healing in yoga class). Adding unpleasant experiences to my arsenal (Leap of Faith, Whispered, Lose Everything) gave me lots of uncharted territory to explore. I began to find a voice in my writing.

The new instrumentation was more of a challenge than I thought. The harmonium was replaced by keyboards of all kinds. I had become comfortable with the harmonium (harmonium good). Keyboards reminded me of pianos (bad). I was asked to write on guitar (long time no see). I wanted to play bass (not a chance). I was comfortable with African and Indian drums; but we were making a CD exclusively to drumkit.

Opium was as much a leap for me as it was for Herb. We were forced to meet on a common ground, somewhere in between mainstream and chanting. I lived a life of yoga and meditation. Herb had strong roots in popular culture. I’m sure any conversations overheard in the studio would have been as entertaining or more entertaining than the music itself. I learned a great deal watching Herb coach people to extract just the right sounds and rhythms. He was skilled, precise and wildly creative.

The musicians I had used in the past were all world music or jazz players, so I had to rely on Herb to bring in studio talent. He brought in an amazing group of musicians to play on the project – Dave Wilder on bass (Macy Gray), Dave Levitta on guitar (Alanis Morrisette), Zac Rae on keyboards/Wurlitzer/ Rhodes (Alanis Morrisette), Jinsoo Lim on guitar (Macy Gray), Rodney Lee on keyboards, and Rich Mangicaro on percussion. Dave Levitta, Zac Rae and Jinsoo Lim created many new sounds by running their instruments through distortion pedals and other electronic devices.

The final mixes were stored on CDs and sent to Seva in Knoxville, TN, who mastered the project in Pro Tools using Waves noise-dithering technology, fancy compressors, and a really good set of ears.

I dedicated the album to Shannon, a yoga student who was diagnosed with inoperable cancer when I started this project. Over the year and a half that I worked on it, she made the transition from life to afterlife. She died the day after I tracked the last “final vocal” track, which happened to be Gone Again… sometimes thru hard times and sometimes thru longing, love is here, then it slips away, and then I’m gone again….